Heroes of the Faith: John Stott

April 27th sees the hundredth anniversary of the birth of the great Christian leader John Stott, a man who helped and encouraged so many people across the world, including me.

John Stott was born in 1921 in London. He was naturally gifted, possessing a brilliant mind, an amazing memory and an extraordinary self-discipline. John was brought to a living faith in Christ at public school through the preaching of Eric Nash, and applied himself to his new faith with great commitment. At Cambridge, where he studied modern languages, John became deeply involved with the Christian Union. He trained as an Anglican minister before becoming a curate at All Souls Langham Place, London, the church he had attended as a child. Throughout his ministry John remained based at All Souls: he spent thirty years there as curate and rector and then for over thirty years was based there as a writer, preacher and leader. John’s passion for evangelism transformed All Souls and it became a focus for evangelical ministry in London and beyond. One notable emphasis of John’s preaching from the start was the way that he didn’t simply preach the historic gospel but also the need for Christians to apply it in their daily lives.

John had many talents and his ministry and influence soon spread beyond central London. Always having a strong interest in student evangelism John preached at university missions across the world for a quarter of a century. He wrote extensively, producing Bible commentaries, practical guides to Christian living and also important texts on how Christians should relate to the world. He wrote over fifty books and many articles, all distinguished by his scholarship, precise language, a solid biblical basis and a contemporary application. His books were translated into many languages, the profits from which were used to support theological education across the world. Three books in particular have proved to be of enormous impact: Basic Christianity, which has led many to faith, The Cross of Christ on the atonement – one of my favourites – and Issues Facing Christians Today which encourages Christians to engage effectively with the world they live in.

With time John became a national and international Christian statesman with a powerful if gracious influence. In his own Anglican church he played a major role in turning evangelicalism from being a minority belief to a mainstream element. Internationally, he planned meetings and chaired committees including those for the important Lausanne Covenant (1974). Either by quiet counsel or open support John was involved with an extraordinary range of evangelical initiatives such as the London Institute for Contemporary Christianity, the conservation organisation A Rocha, Tearfund, the Evangelical Literature Trust and many others.

John’s ministry was truly global: he visited over a hundred countries speaking, preaching and encouraging and, where possible, taking the opportunity for one of his pleasures – birdwatching. He continued with his international ministry well into his eighties until, with his health fading, he retired from ministry. He died in 2011 at the age of ninety.

John was able to do so much and was helped by his own astonishing self-discipline, by Frances Whitehead (his formidable and protective secretary) and by his purchase of a rundown cliff-edge cottage in Wales – The Hookses – where he could retreat, pray and write in peace. He also saw his singleness as something that freed him to serve the church more fully.

I was privileged to meet with ‘Uncle John’ on many occasions. I was particularly encouraged when, still finding my feet as an evangelist, he invited me to tea, supported what I was doing and encouraged me to deepen my knowledge of God through Bible reading and prayer. One cherished memory is how, whenever I met him, he would give me a characteristic hug, gaze at me with his blue eyes and ask, ‘Brother John, are you still preaching the gospel?’ to which he would inevitably add, ‘This is the one thing you must do!’

One of the fascinating and challenging things about John was the way that he balanced things that could have easily been opposites.

So although John was extraordinarily self-disciplined he was also gentle. He would rise early – 5 or 6 a.m. – and devote himself to prayer and Bible reading. He seemed to live life with a remarkable efficiency and never seemed to waste time. Yet there was never any sense of him being any sort of driven individual whose projects demand priority; with John you always felt that people came first.

Equally, although John was an authority, he was also humble. He was one of the very few Christian leaders to be known and respected globally: Time magazine labelled him as one of its ‘100 Most Influential People’ in 2005. Yet you never felt any sense of superiority or self-importance with John: he listened graciously to other views and always seemed to have time for people. He lived humbly too; it’s fascinating that the only property he ever owned was that tiny cottage in Pembrokeshire. With John, the idea of being a servant of others was no cliché but the truth.

Finally, although John was a deeply spiritual man, he was also utterly relevant. He was a man who let prayer and Bible reading shape everything he said, did and was. Yet there was no sense of him being any sort of religious mystic, too holy to deal with the mess of the world. With John there was always this desire to be involved: he was a man who wanted to change the world for God.

John Stott was a remarkable man. Like many people, I look around at the Christian world today and wish that we had his wisdom and authority to guide us. But as I think that, I can hear John’s voice in gentle rebuke, reminding me that the hope of Christ’s church lies not in its leaders, but in Christ himself.

If you enjoyed this article, sign up below to receive future articles direct to your inbox. 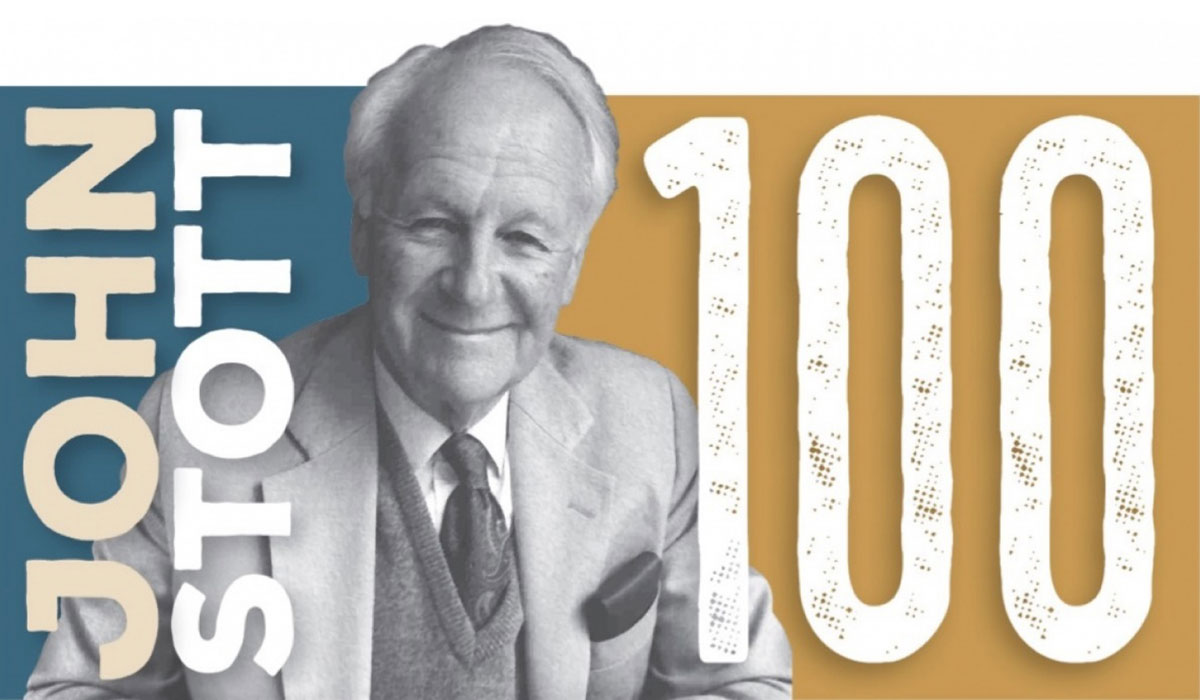 An invitation to join All Souls Church, Langham Place on Tuesday 27 April, 11am – 1pm (The centenary of John Stott’s birth).

Speakers include Chris Wright (UK), Ajith Fernando (Sri Lanka) and Ruth Padilla De Borst (Costa Rica) with contributions from all continents. They will give thanks for, and reflect on, John Stott’s wide ministry, and his rich legacy. 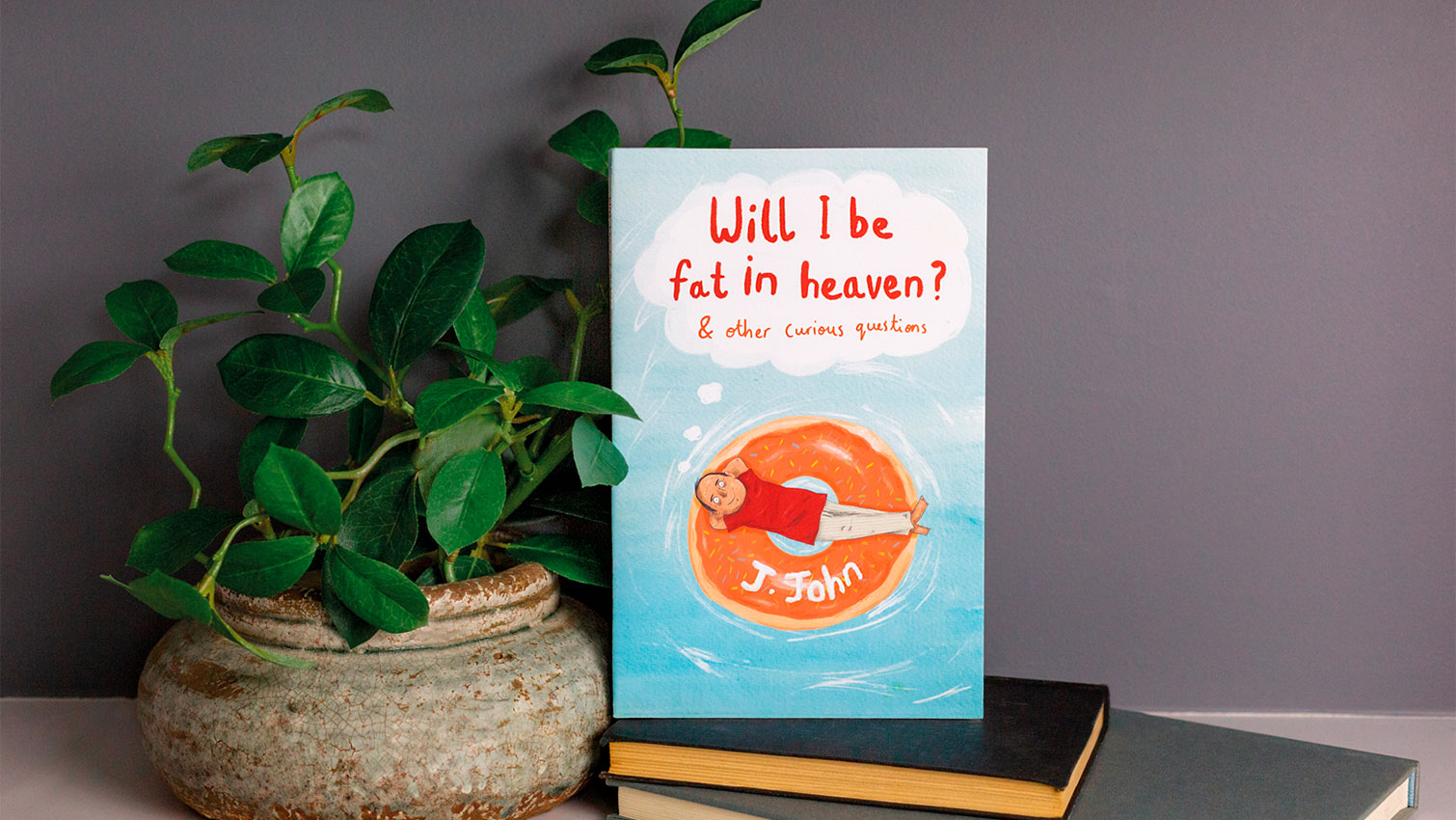 Available Now! Will I Be Fat in Heaven?

Life is full of big questions. In ‘Will I be Fat in Heaven? And Other Curious Questions’, J.John answers thirty-eight questions that we ask about God, the Bible, the world, and everything in-between. 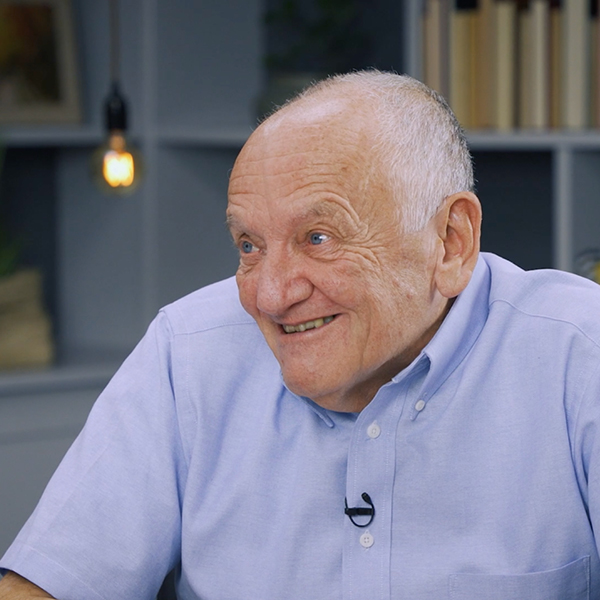 The Gospels and Acts

The third in a 4-part series on the Bible; J.John speaks with Mike Beaumont about the Gospels and the book of Acts.